As I am sure you have heard, the NHS is under pressure. With several million more over 75s expected in the next few years, the UK government has embarked on the biggest ever expansion of the medical and nursing workforce, to deal with these new challenges.

The commitment to new medical school places was announced by the then Health Secretary as the “biggest annual increase in medical student numbers in history” back in 2016 and will involve 1,500 extra medical students in each year group. Some of this has been driven by an expansion of existing medical schools - the University of Exeter is welcoming 88 new students per year, while the Universities of Hull and York are expecting an extra 90.

The government is also setting up five new medical schools, which will have over 400 students each year between them, making them a significant part of the biggest expansion of the medical workforce for decades.

It has been shown that doctors are more likely to work in the areas in which they have been trained, so the aim of these new medical schools is to recruit and attract doctors to parts of the country that have historically had a relative shortage of medical staff. But what does this mean for you? Well, it means that people applying over the next few years will have a greater choice of UK medical schools than any other cohort in recent history. So let's have a look at the new options! Anglia Ruskin University is the first medical school in Essex. Its roots can be traced back to the Cambridge School of Art, which was opened in 1858. It gained University status in 1992, and was renamed Anglia Ruskin in 2005 after John Ruskin – a prominent Victorian philanthropist, social thinker and art critic. On this degree, students will study on the striking Chelmsford Campus. The School of Medicine is housed in a new £20m building, which features specialist teaching spaces and, unusually for new medical schools, a cadaveric anatomy dissection suit.

The course itself aims to integrate clinical and academic learning at very early stages of the course. Years 1-3 are pre-clinical, and take a systems-based approach to exploring the normal and abnormal anatomy and physiology. Clinical placements are spread throughout this time, in both primary and secondary care settings. The final two years are clinically oriented, with immersive placements in medicine, surgery, and general practice. They welcomed their first students in September 2018, meaning they will be well established by 2019/20. When the Universities of Kent and Canterbury Christ Church open their common doors to new medical students in 2020/21, they will be the first medical school in Kent. The school will be named Kent and Medway and aims to combat the health problems within the South-East region and the country as a whole.

Because there is still several years before it opens, the details on the curriculum have not been released yet. What we do know is that their model will start with community placements before moving into the primary care setting, will embed students within collaborative teams within local NHS providers to provide varied clinical experiences, and will use the most up-to-date evidence when delivering medical education to new students. Watch this space! Edge Hill, formerly known as Edge Hill College, opened in 1885 as the first non-denominational teacher training college for women in England, before admitting its first male students in 1959. It was granted University status in 2005, and currently has over 15,000 students. It has won the right to offer places to 30 medical students each year, starting in 2020/21.


In 2017 it was awarded Gold according to the Teaching Excellence Framework, making it one of the top 30% of universities in the UK for teaching quality, and was named University of the Year in 2014. The programme will focus on ensuring doctors have patient safety at the core of their practice.


By embedding resilience, medical leadership, and professionalism, and emphasising preparedness for practice, it aims to develop doctors who will make a major contribution to healthcare services of today and tomorrow. With such a small cohort, it is likely to be a competitive option for those applying to medical school in two years’ time. 
As with Nottingham, years one and two will be pre-clinical, with a focus on basic medical science. Anatomy is taught through prosection, as well as with models and digital resources. Year three features an integrated BMedSci degree, wherein students will undertake a large piece of independent research in a topic that interests them. Clinical placements also begin this year, before becoming the dominant teaching modality in years four and five.


Students will learn in modern facilities including the new £19 million Sarah Swift Building at the University of Lincoln. The building offers a modern and flexible teaching and learning environment, equipped with specialist clinical suites. The University of Sunderland will begin training doctors for the first time in 2019/20, and by 2020/21 will have cohorts of 100 students. Their course, which was designed in collaboration with Keele University, features a spiral curriculum whereby topics are revisited year on year, allowing students to build a knowledge base as the years progress. The University itself began offering degrees in 1992, and now releases ‘world-leading’ research in Pharmacy, Education, and Business, among several other subjects.


At Sunderland, students will be able to make use of the most modern facilities, including a state-of-the-art simulation suite, four fully kitted training wards, and anatomical models. By 2021 it will have a fully operational dissection suite, allowing students to learn anatomy in a very immersive way. Finally, as if this wasn’t enough, all full-time home students are being offered rent-free accommodation for their first year and 50% rent in their second year. There is also the opportunity for students with a household income below £42,000 to receive a £1,000 cash grant at the beginning of years one and two. How many more incentives do you need?!


We hope you have found this summary post useful. For more information about UK universities make sure to check out our Get into Medical School Guidebook and don't hesitate to get in touch hello@theMSAG.com. 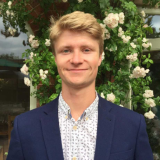 Mr. Gerens Curnow is a Medical Student from the University of Exeter. He is the winner of two medical education grants from the Association for the study of Medical Education. He has given lectures to 70-100 A-level students on medical school applications. Additionally, he is the author of three of our Medical School Application Guidebooks.

Study medicine in Ireland with our comprehensive guide you can learn all you know for applying to medical school in Ireland! Featuring admissions criteria, entry exams, graduate and undergraduate course details and more!
Read More