Euthanasia is a hotly contested topic and is frequently discussed in the media. As part of your medical school interview, questions will likely be asked on ethical principles. Euthanasia is the termination of an ill person’s life, but in the UK laws mean that assisted suicide gives you 14 years imprisonment. In your medical school interview, be that panel format or multiple mini interview (MMI) circuits, you should expect at least part of the interview to be concerned with ethical issues. Euthanasia is one of the most popular ethical scenarios to come up. As part of your interview preparation, you should read up on a number of ethical issues and NHS Hot Topics, to the level that you would feel comfortable discussing them during the interview. In this blog post, we provide you with some of the information so you can begin forming your own views.

What is Euthanasia? Where does the law stand?

Euthanasia is the act of deliberately ending someone’s life, in order to relieve their suffering. This is typically done by giving a patient an overdose of sedatives or muscle relaxant, with the aim of ending their life. Assisted suicide is the act of assisting another to kill themselves, for example by obtaining, but not administering, the drugs which end someone’s life.

In the UK, assisted suicide is illegal under the terms of the suicide act, and will get someone 14 years imprisonment. Euthanasia is regarded as murder, so imprisonment for life is the maximum penalty. Suicide itself is not illegal, and 10% of suicides in England involve those who are chronically ill. When someone knows they are going to die, they most often opt for hospice care. People also have the right to refuse treatment, so long as they have the capacity to consent.

Tony Nicklinson is a man who campaigned tirelessly for the right to die, following his paralysis due to a stroke. After being refused by the High Court to end his life, he refused food. He died of pneumonia surrounded by his family and friends. He bought the case of euthanasia and the assisted dying to the headlines. In 2015, MPs rejected plans for a 'right to die bill', where people with less than six months to live would have been allowed a legal dose of drugs, to take themselves when they would ready. 72% of MPs rejected the ‘assisted dying bill’, but campaign groups suggest that 82% of the British public support assisted dying. It is important to consider the legal aspects when thinking about how you view the topic of euthanasia. The proposed bill would have meant that a person had the right to die if approved by two doctors and high court judge. What are the different types of euthanasia?

How do we approach this issue?

As a prospective medical student, it may be worth considering the four principles of medical ethics when drawing conclusions. Remember that in your interview, there is no right or wrong answer. Although euthanasia is illegal in the UK, a doctor can still support it. They can simply not act upon it.

The four principles of medical ethics Autonomy - Many people believe that allowing someone to die with dignity is really important, and the state should not interfere with such a private matter. It is that person’s own life, and it should be their choice what to do with it.

Beneficence/Non-maleficence - By not allowing the person to die it is prolonging their suffering and therefore goes against the principle of beneficence.

Justice - Keeping someone alive can ultimately be very expensive. Allowing euthanasia would certainly free up some money which could be injected into preventing the diseases causing the problems in the first place. Animals are allowed to be put down when they are suffering, so people who consider all living things as equal argue it is only fair that the same treatment is available to humans.

Autonomy - Some people are concerned that allowing euthanasia could be a step onto a slippery slope leading to involuntary euthanasia. It may also be hard for some people to consent to euthanasia if in a compromised situation, for example, terminally ill patients may feel the pressure to choose euthanasia so as not to be a burden if it is legalised.

Non-maleficence - Ending a person's life can be seen as the ultimate harm.
Justice - People are worried it will weaken society’s respect for the value of life and could result in a lower standard of care for people with a terminal illness, and discourage people from finding cures for illnesses such as cancer.

How to approach the topic

If the subject of euthanasia is something that interests you, read more into it! Maybe try writing a short page-long essay on it- it could be good preparation for your BMAT exam and will help you to draw your own conclusions.

We hope this has been a helpful overview of medical ethics and euthanasia helpful. Good luck with your interview and if you have any other questions, don’t hesitate to contact us athello@theMSAG.com. 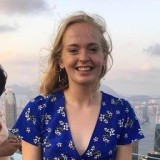 What is the difference between empathy and sympathy?

Empathy and sympathy are two words you hear bounded around plenty but what do they each mean and how are they different from one another? This is something which confuses a lot of people and they are often used interchangeably. The reason for this is that they both deal with an individual’s ability to understand the feelings and emotions of another. In this blog post we explore the difference between the 2 and why empathy is so important in medicine.
Read More

Whether you are a medicine or a dentistry applicant, you have probably heard of MMIs. You are also probably aware that MMIs are a somewhat new interview method used both by medical and dental schools that have become increasingly popular in the past few years - and at some places, have even replaced traditional panel interviews altogether. In this post, theMSAG dives into what an MMI is and how you can prepare for it!
Read More

You have received an invitation to an MMI interview and the last hurdle before the coveted spot in medical school has arrived. If you are unsure of how to start getting ready for your MMI, browse no further, as here we have outlined all the necessary steps to take to ensure you have thoroughly covered all bases and walk in that interview confident and well-prepared.
Read More