NHS hot topics are a common interview question and in this blog post, we will be discussing antibiotic resistance to help you prepare for your medicine interviews and MMI circuits.

WHY IS ANTIBIOTIC RESISTANCE SO DANGEROUS?

When was the last time you needed antibiotics? Perhaps that one time you developed raging tonsillitis which wouldn’t go away, or perhaps you got bitten by a dog and had to have antibiotics to prevent further infection. All in all, you would have thought antibiotics were great, right? After popping a few pills, you felt right as rain!
But, let me ask you this, how many times have you or your family & friends, come back from the primary care GP empty-handed after expecting an antibiotic prescription for a persistent flu or fever? So, the question is, why are Public Health England and doctors becoming increasingly more aware of their antibiotic prescribing in this modern era where we are developing more and more life saving medications to treat medical illness? Well, the answer is simple, it’s called antibiotic resistance!

Antibiotics were first discovered by Alexander Fleming at St. Mary’s Hospital in London in 1928. He returned from holiday to discover that mould had grown in a petri dish full of bacteria. Mould can, of course, be seen growing in many places on a day to day basis. Just like bacteria, mould is a multicellular form of a living organism called fungi. Alexander Fleming used the properties of the mould to help create the very first antibiotic: Penicillin.

Penicillin revolutionised medicine and patient care. Life-threatening illnesses like meningitis & pneumonia could be treated easily. Soldiers that suffered from fatal wounds could be treated with antibiotics to prevent them from developing fatal blood infections. Operations could be performed with a much lower risk of developing infections after the procedure if the patient was given antibiotics.

Something was bound to happen because of the overuse of these wonder drugs. And it did. This is where we come onto the hot topic of antibiotic resistance. We started this blog with a classic example. GPs were readily prescribing antibiotics to patients who came into surgery with viral infections. These antibiotics were not helpful in killing viral infections and so were given unnecessarily to patients. Some doctors were prescribing inappropriate types and doses of antibiotics to patients for certain medical conditions. Antibiotics were even used in the livestock industry to prevent infections in animals.

WHAT IS ANTIBIOTIC RESISTANCE?

All living organisms evolve to survive. What did the bacteria do? The evolved of course! Antibiotic resistance is the ability of a microorganism such as a bacteria, virus or parasite to stop antimicrobials such as antibiotics and anti-viral medications from working against it. As a result, standard treatments become ineffective and these resistant organisms can spread to other hosts. Don’t take our word for it, just have a look at this timeline. All it takes is for one resistant bacteria to develop by spontaneous mutation, and because antibiotics tend to destroy all the other bacteria which would compete normally compete with this resistant strain to keep it from flourishing, there is nothing left to stop it from growing rapidly and taking over its host. Sounds like a horror story right out a zombie movie, right? Well, you better believe all this fiction is becoming fact sooner than you think!

Image a world where we are unable to perform major surgery on patients, where organ transplants and chemotherapy is no longer possible. Antibiotics play a key role in allowing all of these common procedures, that we take for granted, to occur.

You don’t even have to imagine, to realise the global impact of diseases such as MRSA and multi-drug resistant tuberculosis. These are all organisms that were allowed to flourish through our overuse of antibiotics. These infections are becoming more common day by day and claiming thousands of lives. They say a picture says a thousand words, here is a projection of deaths from drug-resistant infections by 2050. Hopefully, we have given you an idea of why the word ‘dangerous’ fits in very appropriately before the word antibiotic resistance.

HOW CAN WE PREVENT A ZOMBIE APOCALYPSE?

This concept of 'antimicrobial stewardship’ has become increasingly popular amongst medical professionals and is the goal of tackling the overuse and misuse of antibiotics. As a future healthcare professional, you will also be expected to accept responsibly over this time-critical issue.

Antibiotic resistance cannot be eradicated, but we can prevent the emergence of new strains by being conscious about the way we prescribe antibiotics in the future. How can we do this? Well, it all starts with antibiotic awareness for our general practitioners and hospital doctors. We need to be careful with prescribing appropriate antibiotics for medical conditions.

We should document the dose, duration and indication for each antibiotic we prescribe to allow audit teams to trace back the source of any resistant organisms and prevent further spread of organisms. We need to keep up to date antibiotic-resistant patterns to stop us from over-prescribing these antibiotics. Finally, we need to follow hand hygiene and infection control methods to prevent the spread of potentially resistant microbes.

These are a few examples of what we can all do to prevent the antimicrobial resistance. The world is now said to be on the cusp of a ‘post-antibiotic era’ where antibiotics may become useless in the fight against infection. Long gone are the days when antibiotics could be called ‘wonder drugs’.

However, there are new antimicrobial treatments such as ‘teixobactin’ and the use of special ‘phage’ viruses to kill bacteria in pipeline. Will they emerge fast enough to make a significant difference in the future, it’s hard to tell. For now, let’s hope we have recognised the significance of antibiotic resistance and have done enough to prevent a zombie apocalypse.


We hope that this was a helpful overview of this hot topic issue and you feel more confident tackling it if it comes up as a question. Don't hesitate to send us any questions or comments by email at hello@theMSAG.com. Good luck in your interview! 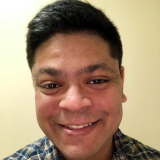 Dr Rony Sanyal is a 2nd year of GP training. He attended Leicester Medical School and spent one year on the interview panel at Nottingham University. He also established and ran Situational Judgement Test courses in Birmingham and Nottingham. He is theMSAG's Online Interview Course Manager.

As part of your medical school interview, be it a panel or multiple mini interview (MMI) circuits, it is likely that you will be asked questions about current issues affecting the healthcare services. Measuring A&E waiting times is a common tool for assessing how well a hospital is performing. It is a good indicator of whether they are correctly staffed and is one of the most common ways which patients experience the health service.

NHS hot topics: Should the NHS be privatised?

Questions regarding NHS organisations, the way they operate and challenges they face, are common practice during medical school interviews. Potential medical students need to be aware of current issues with the NHS and be able to articulate answers and provide opinions on topical questions. The privatisation of the NHS has been a hot topic of discussion for a while and is a question that could very well come up at your interview, be it panel or an MMI circuit. To find out how to weigh pros and cons and structure your answer, continue reading.
Read More

Questions regarding topical issues related to the NHS are often asked at panel interviews and MMI circuits, as medical schools want to see that you have current knowledge on important topics regarding the country’s health system. Quizzing you on diseases of lifestyle and their impact on society and the NHS, as well as picking your brain about what can be done to solve these issues are common practice and a fair game at med school interviews and you want to be prepared if such a question were to come up.
Read More