It may seem obvious that the NHS is the ‘National Health Service’ but it has become such a large and complex organisation, doing so many different things, that it is important that you understand something about its history and how it came to be in its current state. This is very relevant as the majority of UK medical school graduates will end up working in the NHS for maybe up to 40 years after they qualify. Therefore, it’s worthwhile knowing how it operates, as it can be asked as an interview question. After all, if you were to go into a job interview with a company, that company would most likely expect you to have a bit of knowledge about who they were and how they work.

In addition to knowing how the NHS is structured and works, the General Medical Council (GMC) are also keen that medical school applicants know about the NHS core values and Duties of a Doctor. These sorts of topics will appear regularly on theMSAG blog and will be invaluable resources as you prepare your application to medical school. You can read our blog post on antibiotic resistance here and you can also practice your interview answers at one of our mock MMI circuits.

Over the course of this blog article, we will cover the following topics:

The NHS was created in 1948 by the post-war Labour government – they recognised the need for the socialization of health care and the welfare state. The main driver for this was Aneurin Bevan the Minister for Health who had seen how health co-operatives had worked around the mines in South Wales. The hallmark and the commitment of the NHS were to provide healthcare free at the point of use, irrespective of income or status, and as such was unique in the world at that time. Only a few services, such as dental work or prescription charges require co-payment by patients. Many Doctors and the British Medical Association (BMA) opposed the formation of the NHS because it would affect their lucrative business models. Despite nearly not being part of the NHS, the doctors did join the service eventually, but as Bevan famously said, he had to “stuff their mouths with gold”. Given that now, the BMA is very strongly in favour of the NHS, and takes a strong stance against privatisation in healthcare, it just goes to show how important the NHS has become to all!

2. HOW IS THE NHS STRUCTURED TODAY?

In terms of the current NHS structure, the foundation is primary care, which is run by General Practitioners. These are small independent businesses contracted to the health service. They act as the gatekeepers of the system in that they see and treat people for the vast majority of acute and chronic health conditions, including mental health problems. Across the UK there around 7500 GP practices with 50,000 GPs.
If an individual develops a complex illness, that requires specialist input, for example, inflammatory bowel disease, they are then referred into secondary care (usually based in Hospital trusts) to be seen by a specialist e.g. a Gastroenterologist for further management. Secondary care also looks after acutely unwell people in need of hospitalisation.

If a patient happens to have an even more complex, rare or difficult medical condition then they may well be referred to tertiary care. These tend to be regional or national centres that focus on specific complex conditions and house equipment, experts and facilities in a particular field. This is a way of centralising resources to cut down on costs.

The type of care that is provided on a local level is usually down to clinical commissioning groups (CCGs), which are led by GPs to dictate the local priorities and decide on which healthcare providers deliver which services. It may be that there is a strong need for a community Diabetes service in one area due to high amputation rates and poor service from the Hospital department, the traditional provider.

Over the years the healthcare market has been opened up to increasing competition and CCGs are able to choose the best providers who are able to deliver the care demanded. This is the so-called purchaser-provider split and it is important to be aware of this aspect of the NHS and how Margaret Thatcher sought to destroy the NHS through commercialisation in the 1980s.

The current Secretary of State for Health is Matt Hancock who was appointed in July 2018. Previously the role was filled by Jeremy Hunt who presided over the merger of the Department of Health (DoH) with that of social care. The NHS has a budget of around £120 billion per year. This is mainly distributed between the CCG groups based on population levels and demographic needs. In 2009, the last Labour government implemented the NHS Constitution, which sets access to free healthcare at the point of use in law, but also the values and behaviours required of staff, and the rights and responsibilities of both staff and patients. Some universities may ask questions on this, so be sure to be aware of where it has come from, and read its content before your interview. Look out for some of our future blogs about the NHS Constitution and the General Medical Council’s Duties of a Doctor.

4. CURRENT CHALLENGES TO THE NHS

As the UK prepares to leave the European Union, the NHS is at severe risk of being left worse off as a result. Currently, European doctors, nurses and other professionals can come and work in the NHS as easily as anyone in the United Kingdom. About 15% of hospital consultants completed their medical degrees in Europe, and 4% of junior doctors are European graduates. A BMA survey found in February 2017 that 12,000 doctors could leave the UK as a result of Brexit. There are also problems relating to Doctor shortages as fewer Doctors are entering specialist training after their foundation years (make sure look out for a future post on the recent junior doctor contract).

On the demand for healthcare side, there is a gathering storm for the NHS, which includes;

Parallel to all of this, there are ever-increasing funding constraints, high costs of large infrastructure projects and ever-present threats of privatisation. Despite all of this, the NHS is a proud and remarkable organisation, in which the public carry a strong faith. It has repeatedly been shown to be one of the most cost-effective health care organisations in the world and the centrality of it being free and accessible to all cannot be underestimated.

You will appreciate that is quite a complex area, but it is important to make sure you understand the NHS for your medical school application. In this article, I have covered why the NHS came about, how its structured in terms of primary, secondary and tertiary care, the leadership of the NHS and referred to the challenges facing the NHS. Don’t forget to research the health system in the UK that you’re applying to as if you are applying in Scotland, Wales or Northern Ireland, the system could work in a slightly different way. 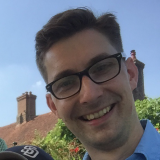