Healthcare has been evolving in leaps and bounds as we strive to keep up with the developing needs of the population. From the introduction of computers in the 1970s to surgical robots now, the healthcare industry is at the cutting edge of technology. Having an understanding of the uses of robotics in healthcare as well as some perceived advantages and disadvantages and examples of its uses will put you in good stead for your medical school interview. I’m going to briefly outline the history of robotic technologies in healthcare, go through the pros and cons and finish with some examples of where they’ve been used.

The popularisation of robots was actually credited to Isaac Asimov in 1942 where he created 3 laws for regulating robots:

THE HISTORY OF ROBOTICS IN HEALTHCARE

As you can see, the 1st law is crucial in a field such as healthcare, and 2nd and 3rd laws make sure that humans will always be in control of the robots. Despite the popularisation in 1942, the first robots used in healthcare were actually introduced in the 1960s, but you wouldn’t have seen them. They worked behind the scenes by automating the manufacturing line and making the assembly of healthcare products more efficient and precise. They then made the transition to being used in research laboratories to assist scientists, from developing new drugs and carrying out experiments.
Now, robotic technologies are no longer just being used behind the scenes and in research laboratories but coming into clinical practice. In clinical practice, the robots have been outlined as being one of 3 categories; active, where the robot carries out part of the procedure, completely autonomously; semi-active, where the robot carries out part of the procedure under direct control of the surgeon; and passive, where the robot does not take part in the procedure but in other roles. Robots can vary in their role from being adjuncts of the surgeon to being robot assistants providing support in surgery. ADVANTAGES OF ROBOTS IN HEALTHCARE

Now that we have a basic understanding of robots in healthcare, let’s take a look at their benefits. The first benefit is that robotic technologies increase the productivity of humans. Now imagine that doctors no longer have to worry about diagnosing, prescribing or monitoring patients, this takes up to 80% of their time. They can instead spend this time treating their patients, performing life-saving operations and even developing new techniques to further improve healthcare. Another benefit is that robots have unprecedented access to the human body, imagine being able to carry out surgery in small, hard access areas that would otherwise be impossible by just the human hand.

The recovery time in patients who undergo robot-assisted surgery is much faster than that who undergo open surgery by the surgeon alone. Some patients come in for a minor keyhole (laparoscopic) surgery and can be discharged the next day, compare this to days and weeks spent recovering in the hospital. This translates to less risk of infections caught in the hospital, less time occupying hospital beds and less time spent recovering. This is much better for patients because it means they can get back to their lives quicker. Faster recovery times are not only better for the patient, but also means that less staff are needed before, during and after surgery. This frees up beds for patients who are more in need, an issue that plagues the National Health Service, and also saves the NHS a lot of money that can be spent elsewhere for patient care.

Robots are not only great for patients but can actually cause doctors and surgeon’s less strain. This is because the operations are not as long, or as tiring as they would have been without the assistance of a robot, so the surgeons spend less time in surgery and standing in uncomfortable positions.

DISADVANTAGES OF ROBOTS IN HEALTHCARE

Having had a look at the advantages, so let’s look at the issues with robotics in healthcare. Despite some of the positives mentioned above, robotic surgeries are not only significantly more expensive, but some studies have shown that they actually resulted in more complications than those performed by human doctors. Another con is the perceived loss of human jobs due to advancements in technology. In the past, this used to be the jobs in labour but now in increasing numbers, the highly trained and more specialized professions, which includes many healthcare professionals.
The longer operating times and steeper learning curves to use this technology must also be considered. Training the healthcare professionals takes time, costs money and can also take time to adjust to. Also, in order to have this training and to maintain the robots, new technical staff may have to be employed which will cost more money. There is also the initial cost of the robots that need to be taken into account. These can be hugely expensive, with the Da Vinci Robot System (Intuitive Systems) costing approximately $2 million upfront plus a cost of hundreds of thousands of dollars each year in maintenance. There are very few institutions in the world that can afford to pay such a hefty sum, and instead of spending money on one such expensive device, some could argue that money should be spent at making healthcare more affordable and accessible to all. EXAMPLES OF ROBOTICS IN HEALTHCARE

We’re now going to have a look at a few different examples of robots being used in healthcare and I recommend that you reflect on the advantages and disadvantages of each one in preparation for your medical school interview as this may come up as an interview question as they are a current hot topic in the field of medical development. Don’t forget this may come up in your panel interview or your MMI circuits.

The first is as surgical assistants using the example of the previously mentioned Da Vinci Surgical Systems robot. This was approved by the US FDA for use as a surgical robot in specific surgeries in 2000 and has time has gone on, it can now carry out more procedures than before. It has 4 robot arms which can be equipped to hold different instruments and a surgeon’s hand movements are converted into more precise micro-movements. However, some controversies have arisen regarding its efficacy and cost-effectiveness compared to laparoscopic procedures that are currently conducted.

The second is as nursing robots for end of life care. This technology has been booming in places including Japan and China. These robots are starting to take over basic nursing duties such as carrying out laundry services and other household chores. They can also use a human-like voice to greet the patients and talk to them. They are currently being trialled out in over 5,000 nursing care homes in Japan.

The third is the use of robots for assisting in aspects of care not previously considered. This includes being used to disinfect patient and hospital rooms effectively using UV rays in minutes and helping take blood from patients by precisely locating the vein using infrared light which results in less pain and anxiety to a patient.

We hope you enjoyed reading the article and learnt a little bit about the use of robotic technology in healthcare. Don't hesitate to send us any questions or comments by email at hello@theMSAG.com. Good luck in your interview! 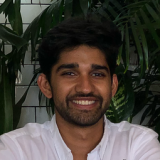 Lakshya is a Medical Student at King’s College London. He is theMSAG's MMI Circuit Manager. He is a Senior Interview Coach and has been with the team since 2017.