Questions regarding NHS organisations, the way they operate and challenges they face, are common practice during medical school interviews. Potential medical students need to be aware of current issues with the NHS and be able to articulate answers and provide opinions on topical questions. The privatisation of the NHS has been a hot topic of discussion for a while and is a question that could very well come up at your interview, be it panel or an MMI circuit. To find out how to weigh pros and cons and structure your answer, continue reading below.

Understanding what privatisation is and how it affects the NHS

It’s always a good idea to start with a bit of background and make sure you understand the terms and concepts that the question asked relates to. In textbooks, you will often find a definition along the lines of “the transfer of a business, industry or service from public to private ownership and control”. Considering the entity in question, the National Health Service, privatisation would therefore mean the transition of health services being no longer run by the government and the public sector, but by private companies instead.

Next, it is important to consider the distinction between the two types of privatisation that exist. The first type of privatisation is one, where patients have to pay for healthcare - either directly or through private health insurance. An example of such a health system is that of the United States of America. While in the US, there is a basic level of care for those unable to afford it, the majority of the population has to pay for their own health insurance. This ultimately leads to a two-tier health system, in which those with higher means are able to access better healthcare.

The second type of privatisation is one, in which healthcare remains public, but services are outsourced to private firms. To the patient, this means that care is still free to access. In fact, this is a type of privatisation that is already made use of to an extent by the NHS. One such example is paying private hospitals to carry out certain operations, thus reducing the NHS waiting list times.

Always remember to make the distinction between these two types when answering interview questions about NHS privatisation and clarify which one you are discussing when weighing pros and cons.

History of NHS provision of care

The National Health Service was founded in 1948 by the then-Minister of health Aneurin Bevan. The idea behind the NHS relied on three core principles:

Having discussed the two types of privatisation that exist, we can clearly see that the first one is incompatible with the core principles of the NHS. However, it could be argued that those principles are outdated, having been created 70 years ago and current society’s needs have changed, thus potentially calling for an update.

The second type of privatisation, as controversial as it is to some, is already seen to a certain degree in the NHS. In 1990, NHS reforms introduced the idea of separating purchasers and providers of care. Health authorities were in a position to pick any one care supplier to purchase for their residential population. Furthermore, in 2012, the Health and Social Care Act introduced clinical commission groups (CCGs), making private organisations bid for an NHS contract to provide care services. Initially, this was met with fear and suspicion that it could lead to increased privatisation of the NHS, but it is important to consider that privatisation was already happening prior to the introduction of this act. Between 2006 and 2013, the percentage of NHS patients treated by non-NHS providers rose from 0.5% to 2.2%, whereas that of outpatients rose from 0.2% to 5.5%. Despite the steady increase, it is important to consider that these numbers are still relatively low and the majority of care is still provided by the NHS.

This is good knowledge on the history of NHS and how it has operated throughout the years to show at your medical school interview, as it provides a solid basis for your ability to discuss the pros and cons of such a privatisation process. Pros and cons of the privatisation of NHS

When discussing the pros and cons for the privatisation of the NHS, it is important to keep your answer structured. A good way to do that is to try and consider the perspectives of different stakeholders, e.g. patients, doctors, government, etc., and discuss the pros and cons for each one of them separately.

One of the main drivers for the idea of privatisation of the NHS is the idea that the current model is no longer working due to the financial pressures on the NHS. It is widely believed that an entirely publicly-funded healthcare system is not sustainable in the long-term, as in the last several decades life expectancy has rapidly increased, which, coupled with current advancements in technology, has made medicine and care more expensive than ever.

Another argument for privatisation is that incorporating private providers of healthcare services will introduce competition, which in turn has the ability to drive down costs. Private companies will be more motivated to make savings if it impacts their profit, which would translate to decreased costs for taxpayers, commissioners, and MPs.

From a patient’s point of view, if privatisation remains in the scope of private providers paid for healthcare services, this will not have a negative financial impact on patients, as healthcare at the point of delivery will remain free. Patients might not even be aware that they are being treated by a private provider. In fact, distributing services to private companies could mean reduced waiting times, which would benefit the patient, as it would lead to faster treatment, quicker recovery and thus, increase in their quality of life sooner.

Lastly, concerns are often raised about poor working conditions for healthcare professionals, leading to overworking and burnout. Privatisation of NHS services could mean provision of better working conditions, employment benefits and financial incentives, which the NHS cannot provide. All of these could contribute to increasing doctors’ morale, which could further improve standards of patient care and safety.

Many doctors have expressed concern over increasing privatisation, with more than two-thirds of those surveyed by the British Medical Association claiming that they were fairly or very uncomfortable with private sector provision of NHS services. This is largely because of concerns that private healthcare provision has the capacity to destabilise NHS services - if NHS service providers are continuously outbid for services, they may become financially unviable and thus cease to exist, which may lead to private companies having monopolies over care. Without competition from the NHS, private providers may choose to set their prices well above the true cost of care in order to maximise their profits. This a concern for many, as it may lead to the dismantling of the NHS and the development of an insurance system in the UK.

In the short-term, there are also concerns that if private providers are motivated solely by profits, they may be less likely to provide effective and safe care, and may be led to cut corners with patient safety in order to reduce costs.

Furthermore, if a particular service is not financially beneficial, they may choose to abandon it, potentially leaving patients without access to lifesaving medical treatment for both physical and mental health problems, thus adding pressure to NHS services.

From the patient perspective, a potential disadvantage of privatisation of healthcare are the unnecessary investigations and over-treatment for the sake of profit gain. Many medical investigations can be harmful to patients if not used with caution and rationale, but if private providers are being paid per investigation they do or treatment they administer, they may be more inclined to deliver these even when it’s not in the patient’s best interest. Remember that in an interview scenario, there is no right or wrong answer. The medical course is designed in a way that you would often be expected to have an opinion on a controversial topic and be able to weigh all possible arguments, before you make a judgment call and stick to it. It is important for assessors that you show good knowledge on the topic in question and deliberation in your answer, having considered all potential benefits and drawbacks of each position and ultimately reaching a well-reasoned decision.

Whatever you do, do not sit on the fence and once you pick a side, stick with it and defend it with the arguments in favour. Be able to articulate your opinion and clearly show your reason of why you picked it. Being aware of both the pros and cons of your chosen stance shows consideration and maturity, but it is important that you show confidence with your decision.

We hope that these tips were useful to you and you feel good answering this opinion-style question, if it were to come up at your interview. Make sure you leave us a message at hello@themsag.com if you have any further questions. Good luck at your interview. 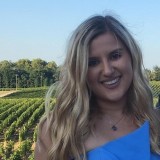